Gui Minhai has been detained for:

This site is dedicated to raising awareness of the case of the Swedish publisher Gui Minhai, scholar and co-owner of Causeway Bay Bookstore, Hong Kong.

Gui Minhai was last seen on October 17, 2015, when he left his holiday apartment in Pattaya, Thailand. Since then he has been in detention in mainland China without legal assistance or consular access. Chinese authorities admitted to having detained Gui in January 2016, after state-controlled TV channel CCTV aired a forced confession video of him saying he had caused a traffic accident in 2003, and that he had returned to China voluntarily to turn himself in. Other than this, no information on his status or whereabouts has been given to his family nor to Swedish authorities.

In October-December 2015 four of Gui Minhai’s colleagues were abducted. Although all evidence points to his four colleagues being under strict surveillance, Gui is the only one of the five that remains in illegal detention on the Chinese mainland.

Gui appeared in various media, giving a staged ‘interview’. He claimed to have been ‘used as a political chess piece’ by Swedish diplomats.

In November 2017 Gui had sought medical care in Ningbo after having developed some neurological symptoms while in detention. He had been told to seek a second opinion by foreign specialists, so the Swedish embassy in Beijing had arranged for Gui to travel there by train to be examined by a Swedish doctor. Gui was travelling accompanied by two senior Swedish diplomats when the journey was intercepted and a group of ten plainclothes police seized him and carried him off the train. Chinese officials claimed that Gui was now under investigation for illegal business operations, trafficking in state secrets, and ‘illegally spending time with foreign diplomats’. There has been no trial date and no detention notice.

Gui phoned his daughter Angela claiming he was now free and had chosen to remain in China for the foreseeable future. He said he had rented an apartment in Ningbo (Zhejiang province) and was able to see his family there. Over the next three months, Gui was in frequent contact with his daughter. From these conversations it emerged that he was not in fact ‘free’, but held in a type of residential surveillance, unable to leave China.

Swedish diplomats were told that Gui was to be released after having served two years for the alleged traffic incident (despite no trial having taken place). However when senior diplomats went to assist him upon his release they were told Gui had already left.

Swedish consular officials are allowed to meet with Gui again.  He still claims not to want any help.

Lam Wing-kee holds a press conference where he tells the media of his abduction from Shenzhen on October 24.  Lam says he was blindfolded and put on a train to Ningbo where he was held in solitary confinement.  He also reveals that his appearance on TV was staged and that he was given a script to read from.
events

Lam returns to Hong Kong and cancels his missing person’s report with the police, making Gui the only one of the five booksellers that has not yet been “released”.
events

Gui calls his daughter again.  This time he tells her he is being treated well and asks detailed questions about the congressional hearing.
events

Angela Gui testifies at a US congressional hearing in Washington DC

Angela Gui testifies at a US congressional hearing in Washington DC

Angela Gui testifies at a US congressional hearing in Washington DC.  She wakes up to four missed calls from Gui Minhai on Skype.
events

Gui phones Angela again, telling her again not to give any interviews.
events

Gui phones his daughter Angela, speaking English.  He says he is not allowed to speak Swedish, but tells Angela he has committed crimes and will have to stay in China to sort out his “complicated situation”.  He also tells her not to give any further interviews or ask for any help from authorities, as this will make matters worse for him.
events

Lee returns to Hong Kong and denies that he was kidnapped

Lee returns to Hong Kong and denies that he was kidnapped.  He also said that he would never publish “banned books” again, and that during his time in mainland China, he was impressed by its economic prosperity.
events

Like Lui, Cheung returns to Hong Kong, tells police to drop his case, and then travels back to the mainland.
events

Lui returns to Hong Kong and tells the police to drop the case on his disappearance, and then travels back to mainland China.
events 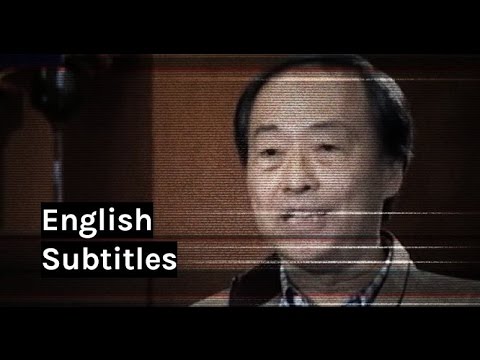 Phoenix TV airs an “interview” with Lee Bo in which he claims to have sneaked into the mainland to assist with an investigation into Gui Minhai. (English subtitles)
events

Swedish consular officials are allowed to meet with Gui for the first time since his disappearance from Pattaya.  Gui tells them he returned on his own, and that he does not want any help from Sweden, after which he gets up to leave.  The Swedish embassy repeatedly requests further consular visits but these are denied with reference to Gui supposedly not wanting any help.
events

Guangdong police confirms Lui Por, Cheung Chi-ping, and Lam Wing-kee are in custody and are being investigated in mainland China.  They also tell Hong Kong police that Lee Bo does not want to speak to them.
events

No record of Gui exiting Thailand

The South China Morning Post reports that there is no record of Gui leaving Thailand.
Read the Article
events 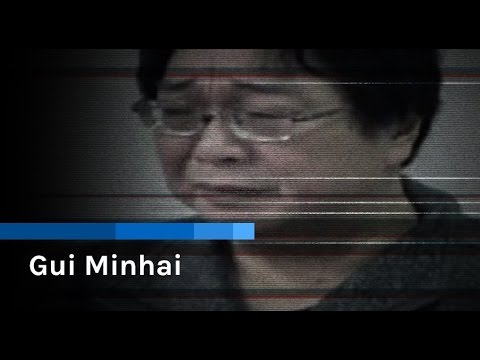 Gui appears on Chinese state television channel CCTV news, saying he voluntarily returned to China and turned himself in for absconding the conditions of a sentence for a drunk-driving incident in 2003.  He says he does not want any outside help, as he “feels Chinese despite his Swedish citizenship”.  After this, Lee Bo’s wife receives a letter from Lee Bo in which he calls Gui a “morally unacceptable person” with a “complicated history”. Hours after the forced confession is aired, Gui messages his daughter on Skype: “Hi,Angela, I am ok, Pls don't worry for me. I have returned China by myself for solving some personal problems. If anybody ask about me, pls, keep silence, which is important for me.”
events

Hong Kong police say there is no record of Lee leaving the city.  Chief Executive Leung Chun-ying says it would be unacceptable and a violation of the Basic Law and the “one country, two systems” arrangement if mainland authorities had made an arrest in Hong Kong.
events

Lee’s wife reports him as missing

Lee’s wife reports him as missing after she receives a phone call in Mandarin (they usually communicate in Cantonese).
events

Four men visit Gui’s Pattaya apartment after a phone call to the condo staff in which Gui gives permission for his ‘friends’ to enter and stay overnight.  They use the computer and attempt to take it away.
events

Two weeks after Gui goes missing, he messages his daughter Angela on Skype saying he has transferred money to her Hong Kong bank account, and ‘I hope you will be fine with everything’.
events

Gui last seen leaving his holiday home in Pattaya, Thailand with an unknown man who had been waiting at the gate for him to return.

A few days later the condo staff receive a phone call in which Gui said he was okay and that he was gambling in Cambodia.

Get the latest news about Gui Minhai. Subscribe to our newsletter. Please fill in your name and e-mail address below.

Send this to a friend